Twitter was originally an internal service for employees of Odeo but entered into the public domain in July 2006. By 2007 early adopters and tech bloggers had started to use Twitter, and the service has grown every year since then. In 2009 it benefited from the Oprah Effect, hitting the mainstream in a big, bad way.

However, despite now boasting more than 200 million active followers, Twitter is lagging a long way behind Facebook and its userbase of 1 billion-plus. Those who haven't yet succumbed to the lure of Twitter seem unlikely to ever do so, and they're missing out on an exciting and intoxicating experience. Which is a crying shame.

What follows are seven reasons why you should be using Twitter. 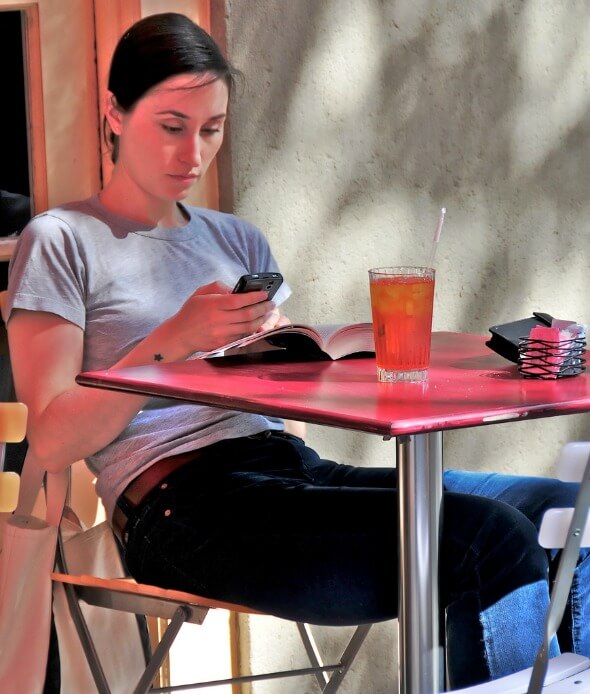 We all want to surround ourselves with interesting people, don't we? Sadly not all of us get the chance to do that in the real world. You're tied to your family by blood, and while other people are your friends for a reason (meaning you should get on with them extremely well) that doesn't mean they'll have anything particularly interesting to say.

Twitter is meant not for friends and family but for people you actually want to communicate with. You can follow anyone and anyone can follow you. There's none of the mutual agreeing to be friends required by Facebook, so if you want to follow 500 complete strangers then that's your right. If none follow you back then it doesn't matter a lot.

Twitter is full of people with things to say, and you can listen. 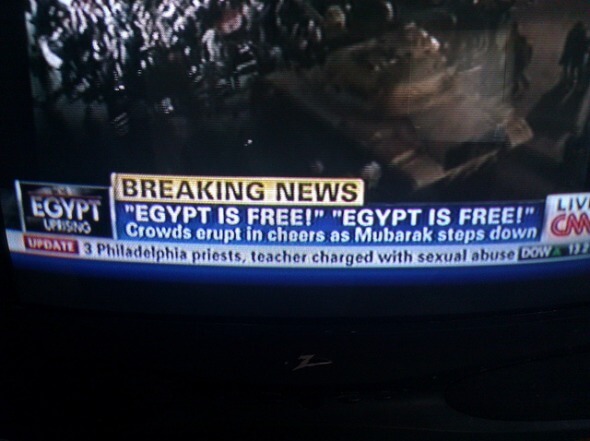 Twitter has proved its worth in recent years as a platform for breaking news. The simplicity of the site means that the first think many people at the scene of a developing news story do is to tweet about it. A few retweets later and the news has spread. This has led to Twitter beating traditional news outlets to a story on many occasions.

Even if you don't want to actively tweet yourself, you can use Twitter as a source for breaking news. By following news aggregators, rolling news channels, and journalists, you can get the inside scoop of a story long before it hits the mainstream news outlets. 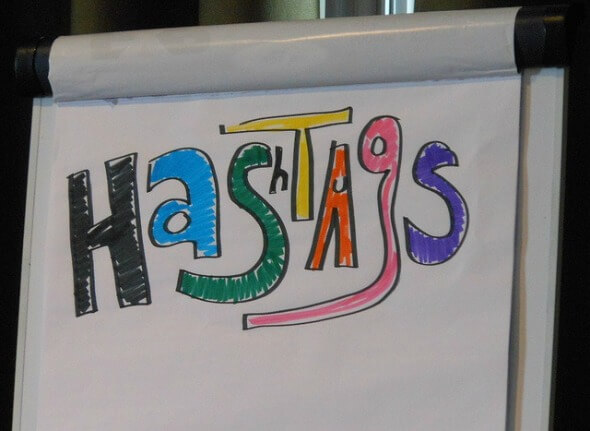 Hashtags also figure into this, and most of the Trends listed on Twitter use this simple method of assigning a particular subject to a tweet. You can tailor Twitter trends to suit you, switching from 'Worldwide' to those emerging from a particular country.

Trending hashtags can tune you into the zeitgeist.

Companies love Twitter. Your favorite brand is highly likely to have a presence on the site, whatever product they sell or service they provide. Twitter is a great tool for brands to promote themselves and their products, but they are unable to push their wares onto consumers without consumers pushing back.

Twitter represents one of the quickest and easiest ways to contact a company to get instant customer service. The response you receive may not be as fine-tuned as you would get by speaking to a person on the phone, but at least you won't be kept on hold for hours before you get that attention.

Get a quick response by embarrassing a brand on Twitter. 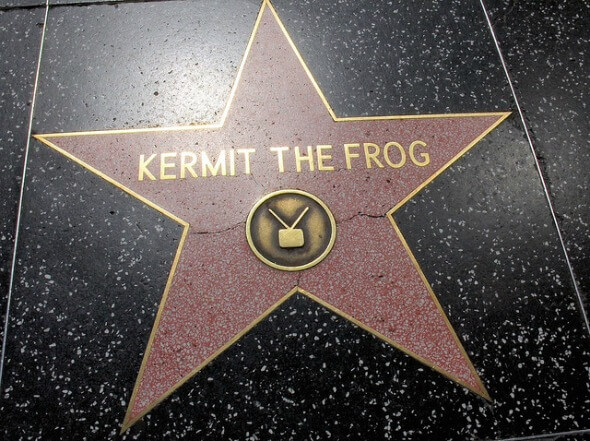 Celebrities love Twitter too. While not every famous person is present on the site, a high percentage are. The celebrities get another platform to promote themselves and their latest film/television show/book/perfume, and in return their fans gain a new way of accessing their heroes.

While those who are really keen on certain famous people have always found ways to talk to them, Twitter makes it very simple indeed. If a celebrity is on Twitter then anyone else on Twitter can send a message to them. They may even respond. Indeed, I've communicated with several celebrities on Twitter in this way.

Tweeting a celebrity beats stalking them. 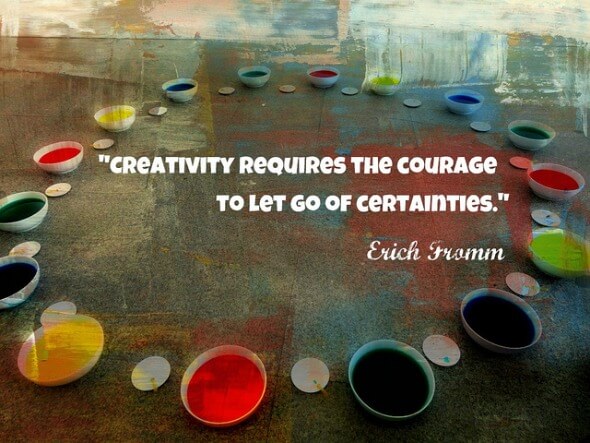 Most of the entries so far have outlined reasons to follow other Twitter users, such as girl geeks and popular scientists. But you can easily turn this on its head by instead creating a Twitter presence that others want to follow. You're only limited by your creativity.

You can start a Twitter account about anything, as long as you abide by the rules set forth by the company. You may want to parody a famous person, write short poetry, recount witty anecdotes, or tell lame jokes. Twitter gives you a certain sense of anonymity to plumb the depths of your creativity.

Be imaginative with themed tweets. 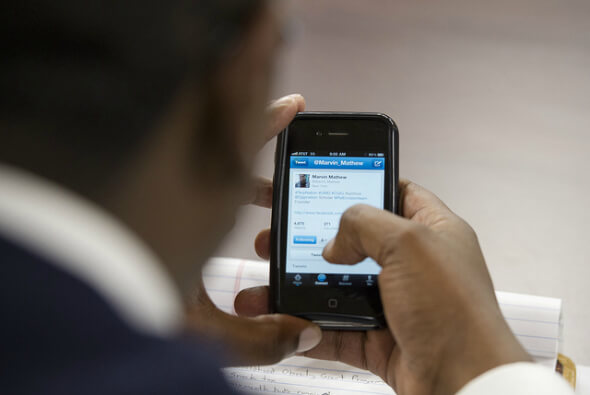 If you're anything like the majority of people, you have a short attention span. You can read novels, in-depth features, and articles several thousand words long, but there are times when you'd rather not have to. This lack of attention span is why TL;DR (Too Long; Didn't Read) became so popular, and it has also certainly helped foster the popularity of Twitter.

You only have 140 characters to say what you want to say in a tweet (excluding URLs). This means people are forced to get to the point quickly, paring the facts down to their core essence. Sure, there may be a link to a longer news story, but it's surprising how much information you can consume purely from reading tweets.

If you're already a fan of Twitter then do you think this list sums up the best reasons others should try the site for themselves? Is there another, perhaps better, reason why? If you're not on Twitter yet has this article made you consider signing up to see if it's for you? If not, why not? What is the one thing holding you back?

Thank you for choosing Like4Like!

- We allow you to look and choose who you want to like, subscribe, follow, view, circle, hit, share and skip those who you are not interested in.
- We do not sell likes, subscribes, friends, followers, views, hits, circles and shares.
- We abide by Twitters Rules, Facebooks Policies, Google Conditions, etc...
- We will never request for usernames or passwords of your social network accounts and will never post, tweet or update status from your accounts.
- We have a strict NO Bot, NO Macro, and NO Automation policy.